My quilts have appeared in the following shows:

“Janet and Me” and “Influences.” In the Fiber Optix Recent Works exhibition at the Visions Art Museum, San Diego, CA, April-July, 2020

It’s Not Easy Being Green

“It’s Not Easy Being Green.” In SAQA’s U.S. group show, Wild Fabrications, at 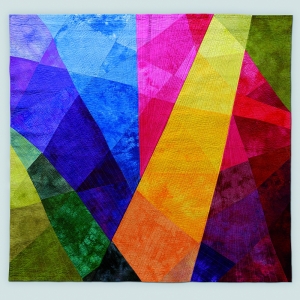 “Seeing the Light” and “Out on a Limb.” In Color Improvisations, at 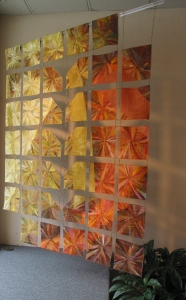 “It’s Not Easy Being Green” and “Beauty Is Only Skin Deep.” At the Blue Heron Gallery, Vashon Island, WA, February 2011

“Let the Sunshine In” and “Autumn Leaves.” In From the Ground Up, at the Elisabeth C. Miller Horticultural Library, Seattle, WA, December 2010–January 2011

“Square in a Square” and “It’s Not Easy Being Green.” In Alumni Artist Showcase, at WSU Vancouver, Vancouver, WA, June–August 2010

Beauty Is Only Skin Deep

“Beauty Is Only Skin Deep.” In Beyond Convention, at

“Healing II.” In Gifts of the Spirit, at First Presbyterian Church, Portland, OR, January–March 2010

“Structure” and “InCircle.” In Beyond the Block, at Seattle City Hall, Seattle, WA, November 2009–January 2010